In the penultimate chapter of the Loki, events are accelerating so that when we get to the finish line, we really only have one question left now: who is behind TVA?

Events on a new timeline

While Loki himself is confronted with The Void (roughly: Space), this planet-sized wreckage, within the walls of TVA, Sylvie questions Ravona well, what exactly is this place, that we, spectators, don’t look so stupid at that big smoke monster, which, as a kind of Langolier, devours everything that will be doomed to time (only Stephen King should not sue), be it man or object.

TVA is a bit of a sweep under the rug, but at least here, warships can slip out of the sky, and more eye-catching fans of the MCU can spot all sorts of special guests from Ronan’s ship to Thor’s hammer. The point is that the Time Variation Authority is teleporting into space at the end of what they don’t need anymore (like the doomed variants). This gigantic cleaning machine called Alioth cleans them up. Luckily, this smoke monster wasn’t invented by the creators of the series – it really does exist in the Marvel Universe, so Stephen King probably won’t sue.

Loki, on the other hand, isn’t alone when he gets here: as we saw at the end of the previous episode, he runs into some variants who got to TVA for various reasons (like killing Thor) and then into Space, but a Loki isn’t a real Loki if he doesn’t cheat others, so when more Loki variants hit their heads, a Scam Show is released, which soon proliferates into a kind of pub wrestling, and “our Lokink” bounces off with some new friends.

Meanwhile, Sophie arrives, too, because she thinks it’s only here that she can get answers to her questions (who’s behind TVA and how to stop her), and I see she’s running into Mobius and then uniting with Loki to decide to try to enchant Aliot. They finally peek behind the curtain.

George Lucas had been thinking about a Star Wars series for years, which he only froze over and over again because he knew he was incapable of realizing his ideas on television. Well, Lucas is no longer active, but we have a Star Wars series. It only reminds us of a TV series in a narrative way: Loki, on the other hand, dictates our expectations even insight, both Space and Alioth’s realization is a big screen, one or two Loki’s not to mention the visual realization of “pranking.”

At the same time, those who missed the fantasy action from the series are now getting plenty of their own, and the series can’t be challenged in the number of Lolik per frame, and there are a couple of them that we would put off later – with Lokigator at the forefront. He speaks a lot, and his figure is not very expressive, but he guarantees (hehe) for entertainment when he swings into action.

Not so Marvelous or didn’t come in so much

However, although the series launches a bunch of new Loki, they can’t or don’t want to start with them too much, and in fact, the cloak rotation expected of them is largely saved. They show up, tell themselves, and then march nicely into the background. Of course, it’s not useless because where it needs to be, they help move the plot forward, but they don’t fundamentally influence it. As witty as the Loki Parade is, perhaps less would have been more: it would have been enough for us to meet only the Classic Loki (Richard E. Grant), who had been hiding in Space for many, many years again, confronting Hiddleston Loki with the exclusion that lasts contributed greatly to his positive turnaround. Would he have been redundant after Sylvie? Probably. Is it more effective than running Loki? Certainly. More fun? Not sure.

Coming to the finish line, our feeling is that the creators, like WandaVision, are starting to give up the novel twisting of the plot and turn to entertainment in the classic sense: our heroes no longer have hidden cards, this time for Loki and Sylvie, which is in his heart. In his mouth, moreover, in the form of rather emotional and theatrical colour religions. And of course, they brought Mobius back, which is not a problem at all because we love the figure, but the soon-to-be big hug and tearful farewell may go a little over to the sugared side of the horse.

And no matter how supersonic a peculiarity in the world of comics, these big, sinister, and elusive clouds can never be taken seriously enough — whether they’re facing Hulk, the Fantastic Four, Dr Strange, or the Green Lantern from another universe. No wonder we don’t remember these geniuses the most …

What do we expect in the future … or the past?

Of course, the real unveiling is yet to come, and in the castle where our heroes are heading at the end of the episode, a much more humane figure will probably be waiting for them. And for us, the explanation is who created TVA and why. Now that’s just the only question waiting to be answered – in fact, and it has been that way since the beginning of the series. We recommend that the answer is satisfactory!

A fast-paced, spectacular, yet superficial and theatrical episode of the penultimate Loki series that might have been more impressed with fewer Loki variants and sensibilities, but still amazed at how much the TV has outgrown its own format – narrative and audiovisual both. The finishing part may come! 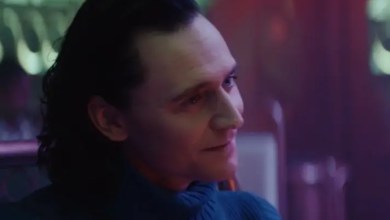 Season 1 of Loki is over, but we will see the character again sooner than we think 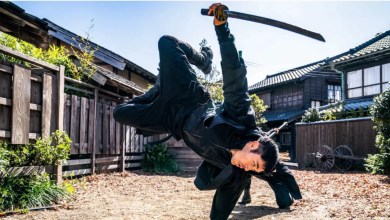 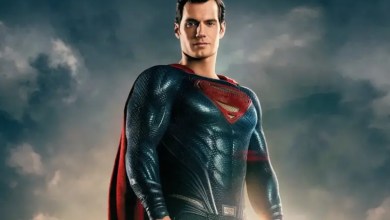 “It wasn’t the biggest decision of our lives”: Justice League producer testified about removing Henry Cavil’s mustache with CGI