Google’s system under development, Fuchsia, is entirely unknown to most users. However, it is only a matter of time before it changes.

Although it still doesn’t officially exist, there are growing signs that Google is making great strides and intends to play a significant role in the Fuchsia operating system, which could be the interface of the post-Android times.

Exactly what the software will be capable of is unknown, but the information pops up in the news. For example, many believe that the system will be compatible with almost any smart device and offer better privacy solutions.

On the subject, BGR has now come up with an interesting thing that seems a little surprising at first. The article on the portal is based on a post by one of the most well-known leaks, Ice Universe, who spoke on Twitter about

that Samsung may switch to this software in the future, which could also be a farewell to Android.

The listing is not insane in itself, considering that Samsung is an essential partner to Google, as many of its products are powered by the search engine system. In addition, it is reported that Samsung is the manufacturer of the system chips that run the company’s Pixel 6 devices.

According to BGR, it should also be borne in mind that the South Korean company has tried system development in the past. Still, Tizen’s product has not become a favorite of the industry (and consumers), and the company has voted for Android.

This has not changed in recent years, but if the software publisher decides to leave its main work behind, it can be assumed that partners, including Samsung, will follow suit. So this may be indicated by the announcement of the Ice Universe, but how much of this is based on reality is not known.

What’s more, it’s greatly hampered by the fact that Fuchsia still hasn’t shown itself, and it doesn’t even know when that might happen yet. 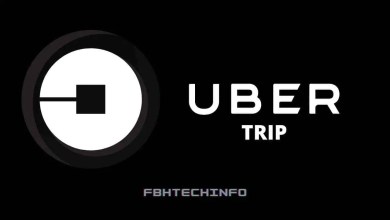 Simple Steps: What is Uber Trip & How to use it on mobile

Several killed in a Laboratory explosion in China

5 Best Alternatives to Omegle for Chatting with Strangers