Let’s start with an essential thing, i.e., the price: the product costs about $583, and with that, it is not located in the center field but rather winks towards the “economic” category.

Demand for chips and other components has skyrocketed over the past few years, and forced factory shutdowns due to the pandemic have also significantly slashed prices.

Based on its appearance, we might also think that this is a high-end notebook, as it has a modern, eye-catching look. It is extremely thin, only one and a half inches thick, the aluminum housing is pleasant to the touch, and no fingerprints are visible.

We had the pink-black version, which is specifically eye-catching but elegant but fits the ladies. However, there are also yellow and silver versions, the latter a bit more restrained, but in return also works better with men.

The hinges keep the thin coffee display stable, and when opened, lift the housing a few millimeters away from the “ground.” This makes cooling more efficient and typing more convenient. It has two USB-A and one USB-C, HDMI 1.4, and headphone-microphone outputs, so you can’t complain about the range of connectors. The memory card reader has been abandoned, but neglecting this has unfortunately been a fashion for years. It weighs 1.3 kilograms, so an engineer put a straightforward, comfortable portable machine on the table.

Seeing the price tag, we suspected that the Swift 1 was not the stated power plant, which was confirmed after the first switch-on. The 8GB of RAM in this category isn’t bad, but the Intel Pentium Silver N5030 processor is undoubtedly a pretty outdated and weak piece. There is no dedicated video card, and the display is provided by the UHD Graphics 605 graphics adapter, which cannot work wonders.

ON THE OTHER HAND, IT CAN BE USED FOR GENERAL EVERYDAY USE, IE, WORD PROCESSING, OFFICE APPLICATIONS, CHAT, PRESENTATION MAKING, VIDEO RECORDING, FILMING, LISTENING TO MUSIC.

And many don’t need more than that. And the 512GB SSD provides enough storage capacity for tasks like this, so you can’t complain about the storage space. It’s an almost incredible luxury at this price level. The designers used passive cooling on this laptop, allowing perfectly silent operation. This is already a significant advantage, and the heat dissipation is well solved, as the product only weakens slightly during use.

The keyboard has an island layout, the size, pressure path, and resistance of the keys are adequate, so typing remains comfortable even after a long time. The backlight has not been spared either, the size of the mouse pad is sufficient, stable enough, so it can’t be connected to it either.

A 48 Wh battery has been put into the machine, which would be little for a gamer machine, but it would happily do for such a relatively low power machine. Depending on usage, the operating time at 50 percent brightness has been around 8-11 hours, which is far from the top products in this field, but it is okay. An average day can be taken out without a problem.

We wouldn’t say the device got the best display globally, but there can be no particular complaint about the 14-inch Full HD resolution used here. Its colors are beautiful, the viewing angle is good, and we didn’t run into the clouds caused by the uneven distribution of the backlight.

No disturbing anomalies were observed during the motion display, and although the maximum image refresh rate is only 60 Hz, more would not be needed here. The relatively weak iron would not be able to push more frames per second anyway. HDR materials can be forgotten, and the maximum brightness is only 284 nit, making them unsuitable for outdoor use, at least during the day.

We didn’t fall on our stomachs from the built-in speakers, as the volume isn’t too high, plus there are minor issues with clarity, accuracy, and aspect ratio. Basses, for example, have to be abandoned entirely, which is still tolerable when playing and filming but makes listening to music impossible. But luckily, this can be easily remedied with a Bluetooth speaker or headphones.

The 2021 version of the Acer Swift 1 is far from a perfect laptop, but it shows in its price. And it’s also true that it does it smoothly for everyday use, so if you’re looking for an easy-to-carry, light,  slightly attention-grabbing, but not at all bazaar laptop for studying, office work, filming, we highly recommend it. 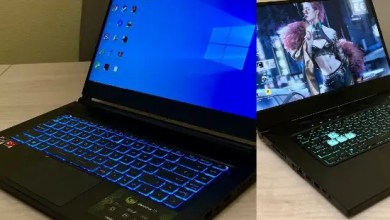 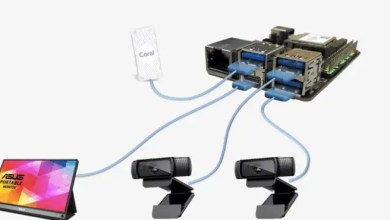 Nvidia has built a new brain for robots

Laptop screens will get a new sort of display