A computer comprises various essential components that would be useless without them. The CPU is the PC’s brain, and it is the processor that will determine (primarily) our computer’s performance. As a result, it’s critical to pick a suitable processor for your PC.

Fbhtechinfo will show you how to do so without squandering money or performance while also ensuring that you don’t run out of processing power. The CPU you choose for your computer is crucial since it determines how you can use it. There are several aspects to consider when choosing a CPU, which we shall go through in this tutorial.

READ ALSO: Why are SSDs with larger capacities faster?

When purchasing a computer, you must select a processor based on the jobs you want to complete, including future tasks. You can buy a PC without understanding how to edit video, for example, but if you want to take a course, you should consider this so that you may use your PC to edit video in the future. 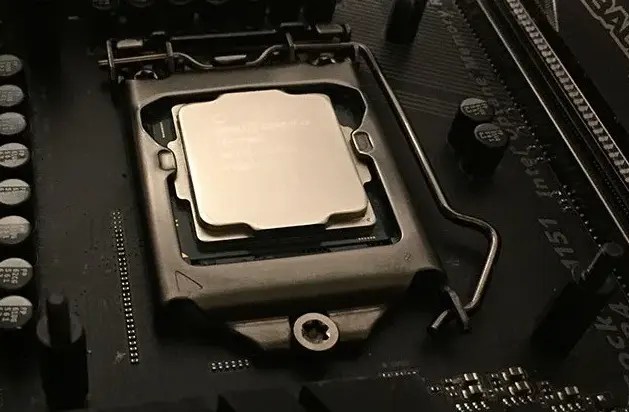 Another element to consider is that it is long-lasting. If we want to acquire a PC that will last us several years, we must remember that technology is rapidly evolving. Purchasing an out-of-date CPU can be a costly mistake if we want to keep our machine for several years.

It would help to consider whether you require powerful graphics or whether a GPU integrated into the processor would suffice. Not all CPUs come with graphics, and integrated processors are typically significantly less potent than even the most basic or entry-level standalone graphics cards.

These and other characteristics will be visible in the processors that are split between two large manufacturers. Whether you’re looking for a desktop or laptop, AMD and Intel provide something for everyone (and any budget).

Intel and AMD are the two primary processor makers, and they jointly control the market for laptop and desktop CPUs. AMD and Intel both have a wide range of CPUs that will match your needs for your PC or pocket.

Generation after generation has fought to provide the most advanced technology in the form of a CPU. Each has its quirks in terms of advanced nodes, instruction sets, and particular characteristics.

AMD used PGA type sockets (pins on the processor) in desktop PCs until the Ryzen 7000, which utilized LGA (pins on the board socket). Intel has long utilized the LGA-type socket in its desktop PC processors. A package known as BGA is typically used in laptops, which is integrated and soldered directly onto the motherboard.

If you choose an AMD processor, keep in mind that most of these desktop CPUs, only those ending in G, do not have integrated graphics. On the other hand, Intel has a significant number of integrated GPU references, which are distinguished because they do not terminate in F.

Both brands have good CPUs for what you need; you have to choose one based on your existing hardware or choose a platform if you’re buying entirely new hardware. AMD has always worked closely with Intel to build high-quality market-driven processors.

For their processors, each manufacturer utilizes a different architecture. Intel has chosen to apply an architecture widely seen in mobile CPUs, hybrid cores, in the 12th Gen. AMD, for example, has been employing Zen cores and chipsets for some time.

AMD’s latest processors are based on the Zen architecture, announced in 2017. Zen is different from Bulldozer in that it was designed from the ground up to execute more instructions per cycle. FinFET technology is used to increase the energy efficiency of these CPUs. AMD has had significant success with this architecture, which has allowed them to offer improved performance in its processors.

As a result of the Zen cores’ popularity, AMD has continued to improve the technology. Zen 2 was released after Zen, and it managed to boost the instructions per cycle by up to 15% while also doubling the L3 cache. It also increased Infinity Fabric’s floating-point performance and bandwidth.

Then came Zen 3, which had faster clock speeds and more instructions per cycle than Zen 2. It has also been fundamentally revamped with more than 20 essential modifications that make it more efficient, which is a considerable development in the current Zen 3.

Intel elected to divide its cores into its 12th Generation processors, and this tendency will continue in the future. Now, processors are divided into high-performance cores, which can handle the most demanding tasks, and high-efficiency cores, which can handle the simplest activities in the background while consuming less power. This combination has surprised more than one user using Intel’s twelfth generation processors.

Intel appears to be sticking with the hybrid core design that we’ve seen so much in mobile phones, and that appears to be producing excellent results in future generations. With a more lavish core count and faster clock speeds, the 13th generation Raptor Lake will outperform the Alder Lake.

Intel is working on chipset-based designs for future generations, with each chip made using the most efficient process to improve overall performance and efficiency. This is visible in the fourteenth generation Meteor Lake.

It is separated into three layers, with the L1 Cache being the quickest and nearest to the processor; each core has its L1 Cache, where instructions that must be performed promptly are kept. The L2 Cache, the intermediate memory, usually has a larger capacity than the L1 but is a little slower and stores the instructions that will be executed in the processor shortly. Finally, the L3 Cache is larger than the others, and it is usually partitioned by core size.

Choose a PC based on its Intended usage

We may divide the purposes for using your PC (broadly speaking) into four categories; let’s look at which processor is best for each.

If you’re going to commit your computer to a game, you should always use the latest generation’s highest-end processors. Furthermore, it would be advantageous to select a processor that enables overclocking so that, with enough cooling, you may achieve higher performance when needed. The AMD Ryzen 7 and 9 series and Intel’s Core i7 and i9 series are the most potent processors recommended for gaming. In some cases, the AMD Ryzen 7 or Intel Core-i7 offers a better result than the highest range. When it comes to running games, having an excellent L3 Cache usually provides an edge, even if it is usually tied. 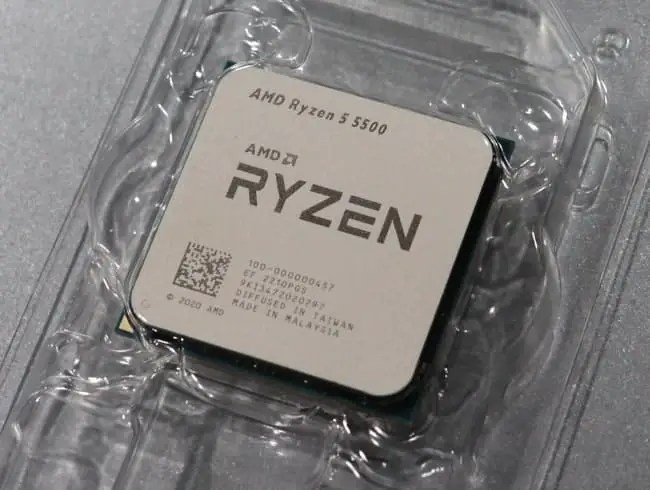 In these circumstances, it’s best to go for an unlocked processor, which enables overclocking to get even more performance. You’ll need a robust cooling system, and liquid cooling is an excellent option, whether it’s an all-in-one model or a custom one you can build to your specifications.

These tasks also require a powerful processor, but the L3 Cache is not so crucial in these cases. However, you will have a large cache memory with a powerful processor from Intel or AMD, the Core i9 or the Ryzen 9. In this case, you can have a PC for multiple uses. In addition to rendering and editing videos with great ease, you will be able to play the latest games with the highest possible quality. 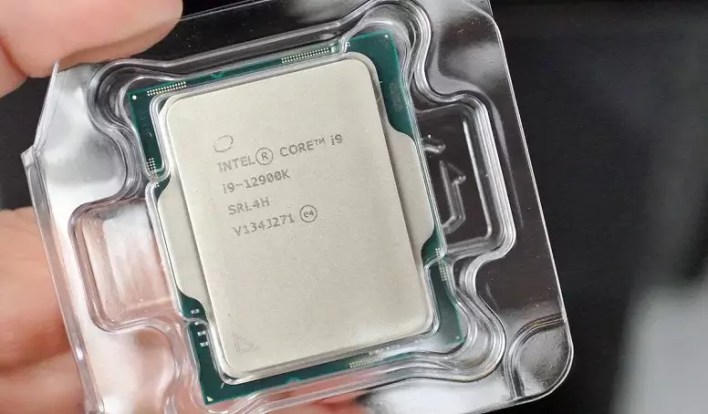 Professional processors are an option if you require a powerful computer capable of doing complex tasks and have an unrestricted budget. Intel’s X-series CPUs and AMD’s Threadripper processors have more cores to achieve better performance in this task.

You don’t need the fastest CPU or the best performance for office automation. Because office chores do not necessitate massive calculations by the processor, you can choose from the entry-level options. It would also be good to get one with integrated graphics, as you would not want a lot of graphics power, and this will save you money on buying a separate card, which will raise the price of your computer. Intel Core i3 processors are an excellent choice. AMD does have CPUs (the ones ending in G) that have integrated graphics and offer excellent performance, despite the lack of variety.

Although a powerful processor is not required, a mid-range processor will suffice. These processors are priced appropriately, and you can also add an independent graphics card that complements the most popular video encoding and decoding that you will have to use to watch movies and series. Intel has the Core i5, and AMD has the Ryzen 5. Whether you want to play games or not, you can save money by choosing an AMD CPU with integrated graphics (the ones that finish in G) or an Intel Core i5 processor with a GPU.

READ ALSO: Best Emojis of All Time and Their Meanings

The best processor for your computer

Following these procedures, you will be able to select a CPU for your PC appropriate for the use you intend to give it. If you’re solely planning to use an office suite, an Intel Core i9 or AMD Ryzen 9 isn’t worth it. If you want to create a gaming PC and employ an entry-level processor with integrated graphics, you won’t have many options. In the latter instance, you may be able to play a significant number of games, but your image quality and resolution will be severely limited. 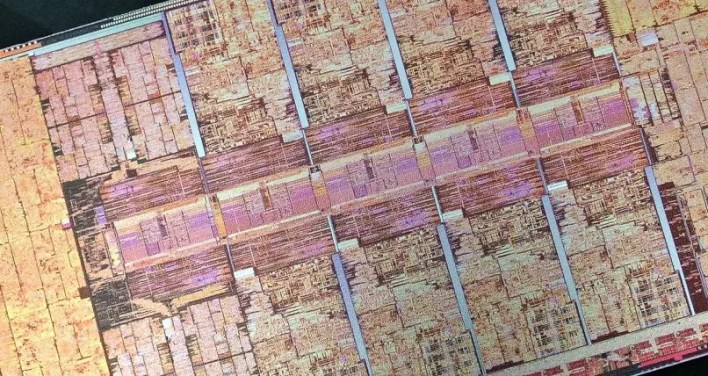 Adapt to your budget and needs; choosing a cheaper processor than we want can result in long-term issues. 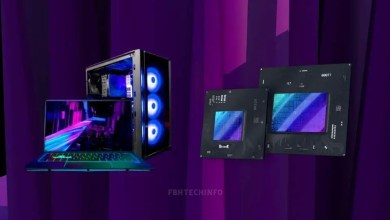 Two days before the event, Intel releases a fresh teaser for the Intel Arc